Summary
Two light-weight sculptures holding cones with loudspeakers delicately stand against the horizon. As they face each other, a soundscape emerges between them. The set invites listeners to experience the phenomena of echo and delay through sounds composed in such a way that they integrate into the landscape where the work is installed.

The work in the space
I created the first version of this work based on recordings of sounds made by a foghorn near St. Lunaire-Griquet, in Newfoundland. Created specifically for the outdoor park of the Stewart Hall Art Gallery, in Pointe-Claire, as part of the exhibition Geopoetics – The Lay of the Land, the installation created a dialogue with the nearby river during the five months of the exhibition. I then presented a variant of this work at the XXL event, the circuit of sound art installations in public spaces at the Festival international de musique actuelle de Victoriaville. This time, the sounds of a ferryboat travelling back and forth on the Loire between the village of Couëron and a fishery in Saint-Nazaire evoked a space that combined the universe of shipping with the more urban one of cars driving in real time near the installation. 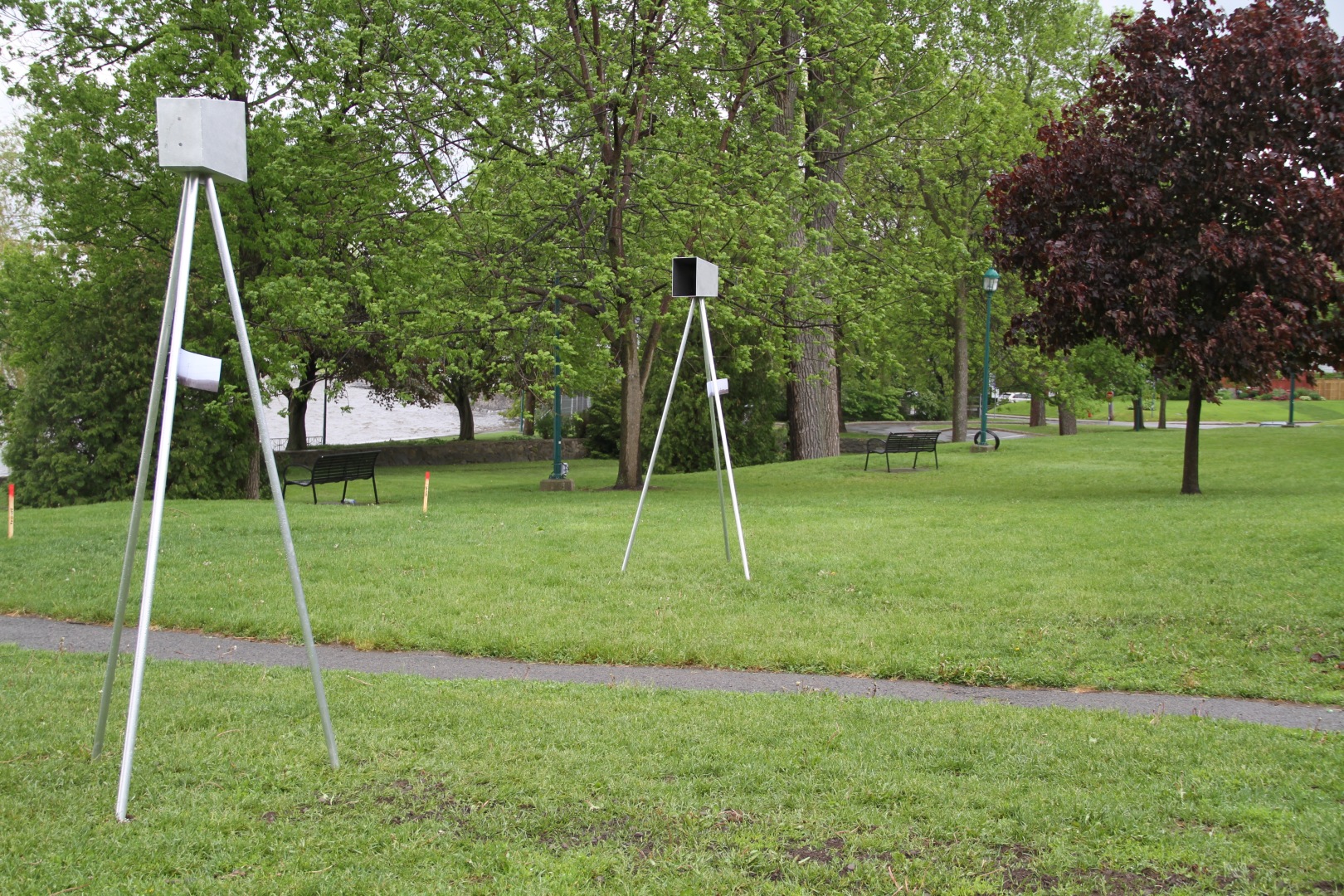 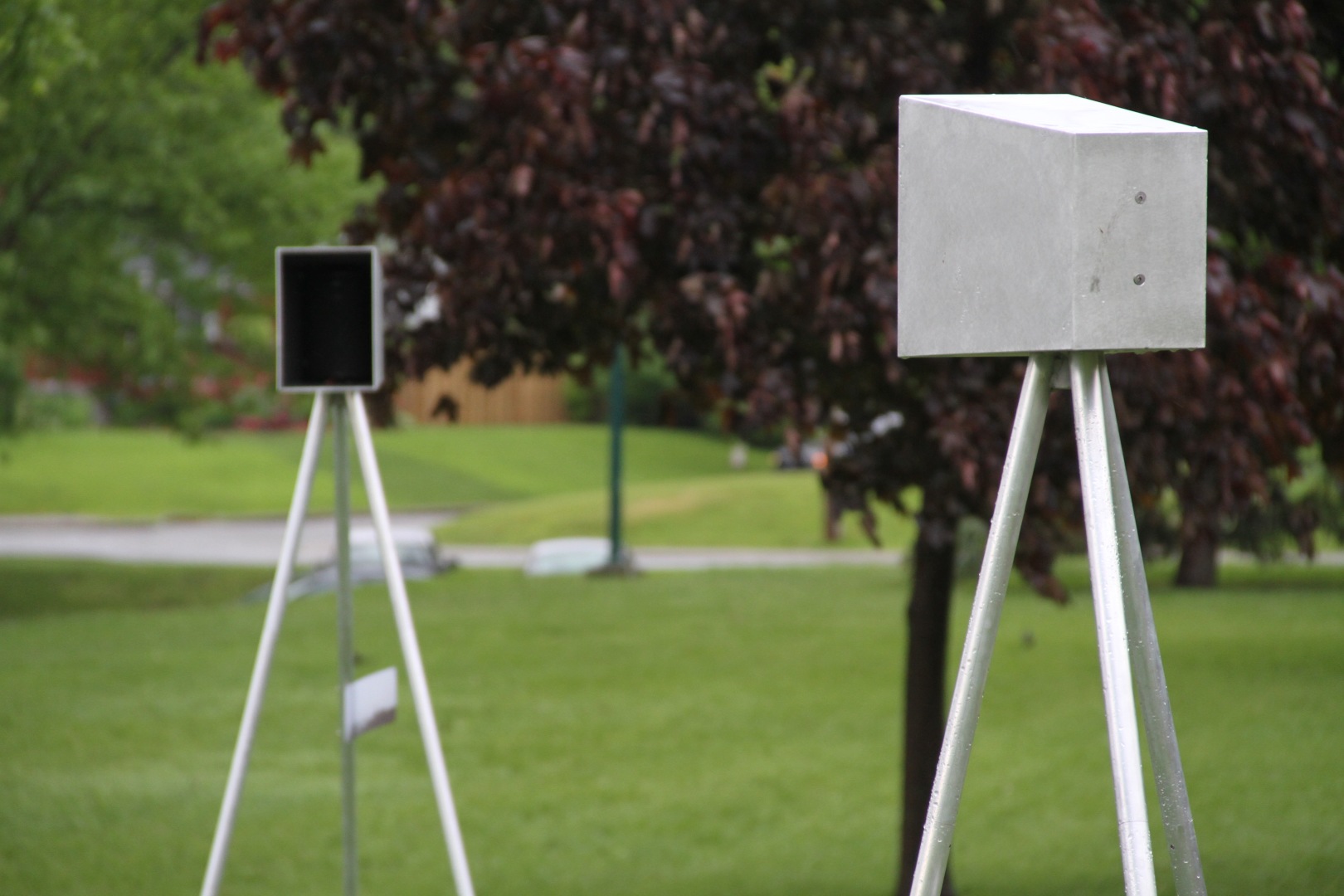 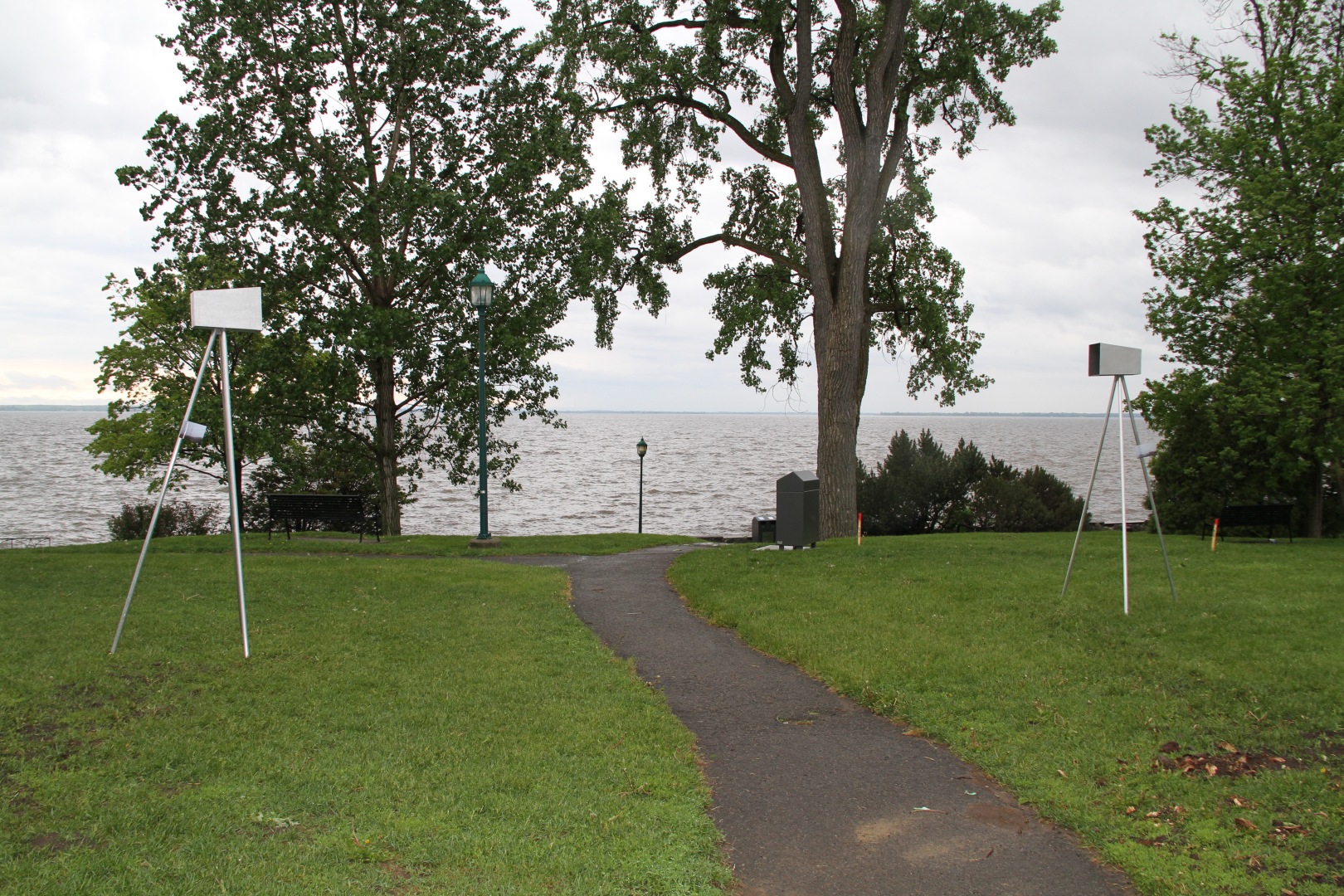 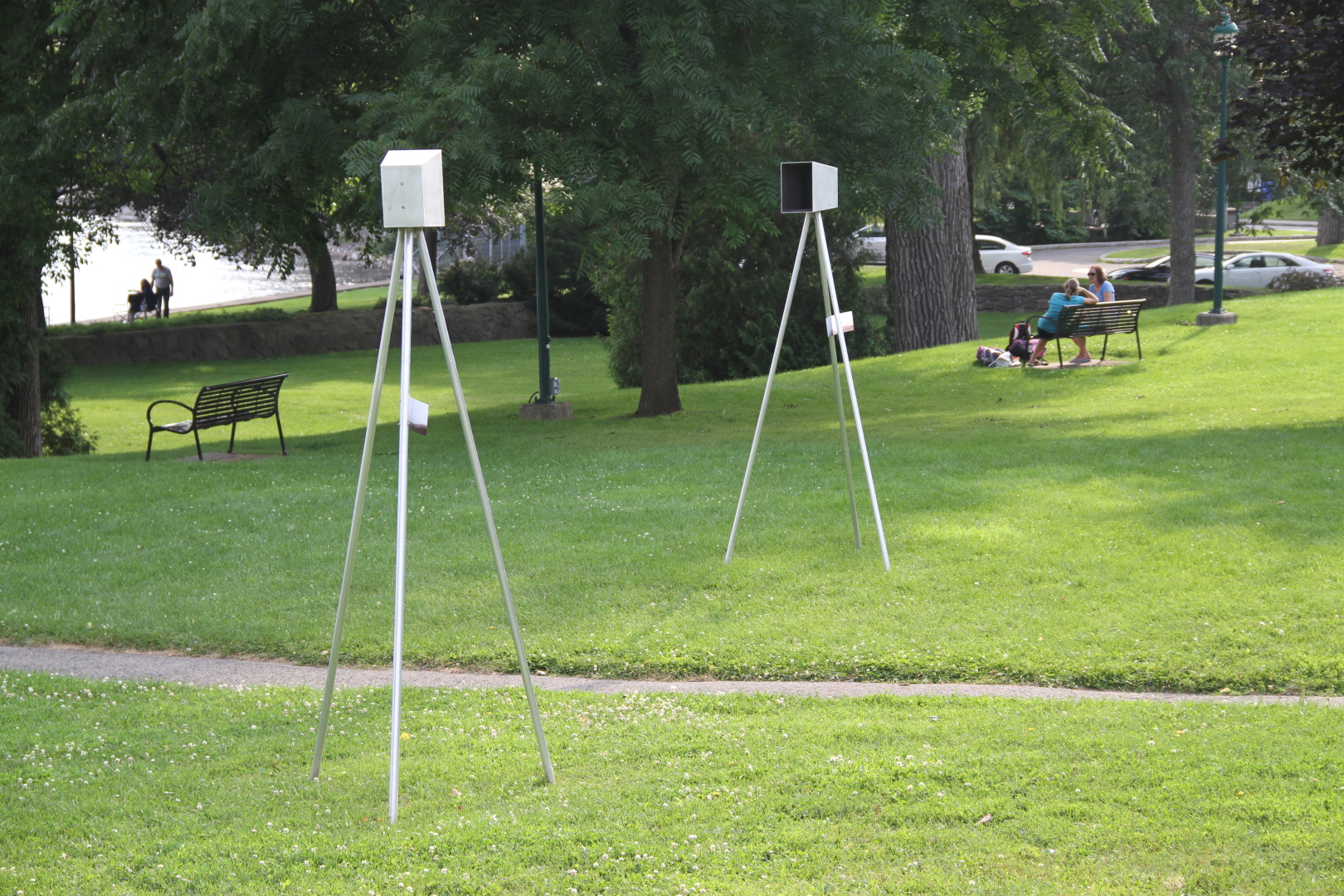 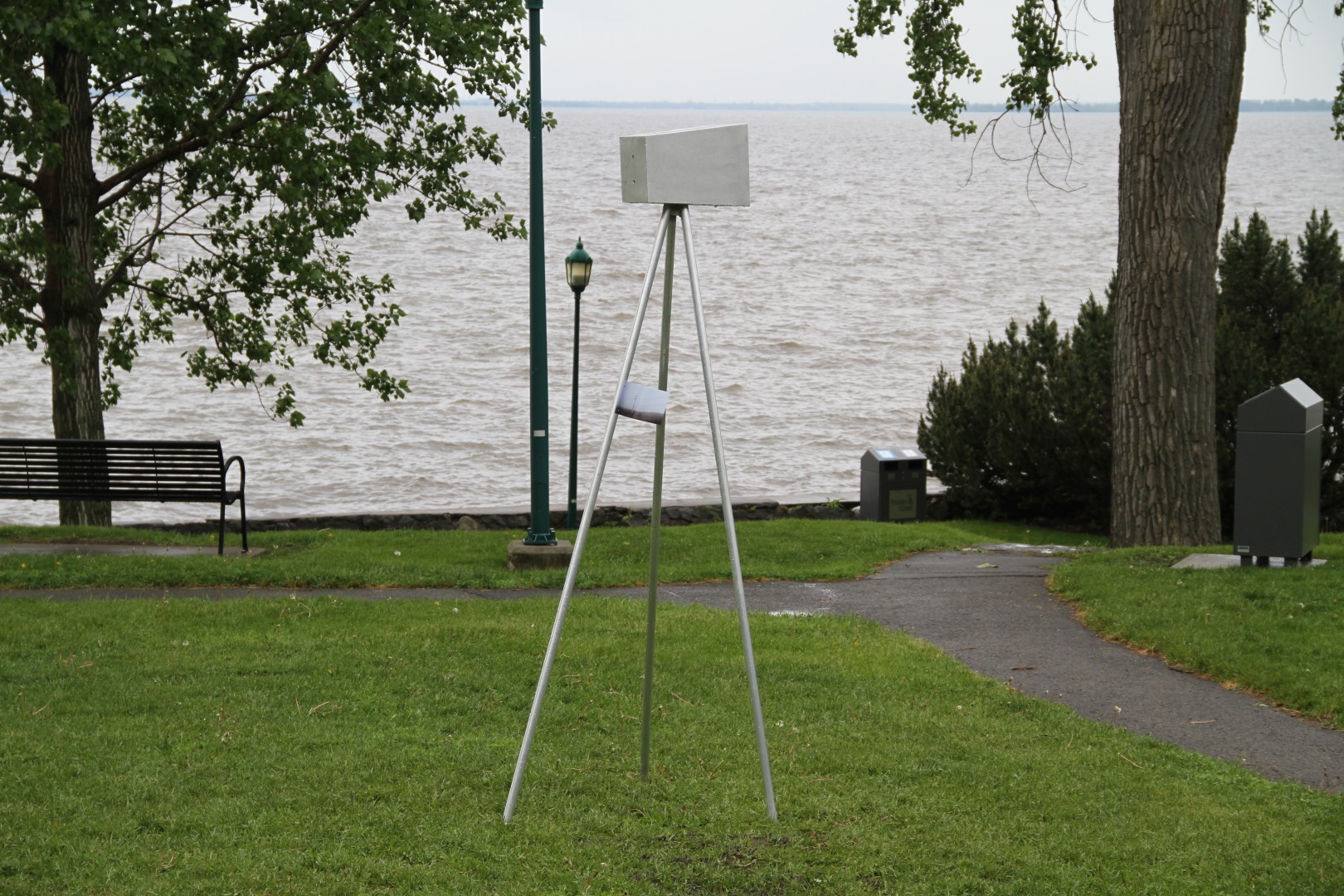