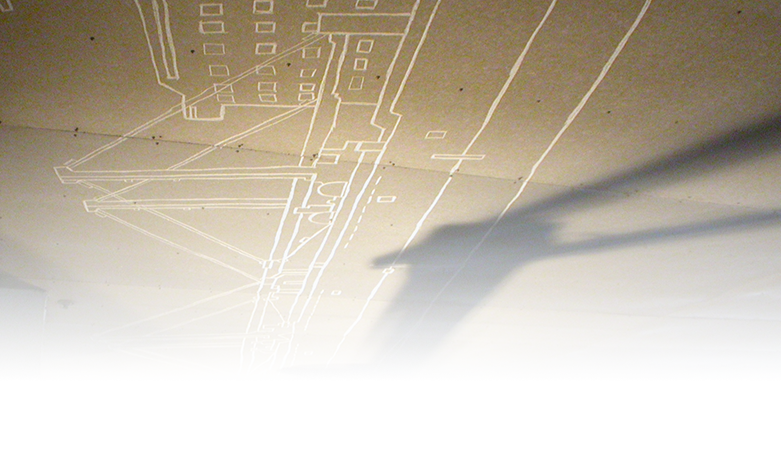 Users of the underground parking in the Grande Place in Rimouski would hear submarine sounds recorded from the neighboring St-Lawrence. They would hear two distinct sounds taken from the sound archives of the Centre de recherche en acoustique marine de l’Institut des sciences de la mer, in Rimouski. First they would hear the soft sound of a cargo engine traveling on the St-Lawrence; and secondly, some mysterious and sparse sounds from sea mammals visiting the same area.
Over the course of the event, I drew a gigantic cargo ship on the ceiling above the cars in the parking lot. 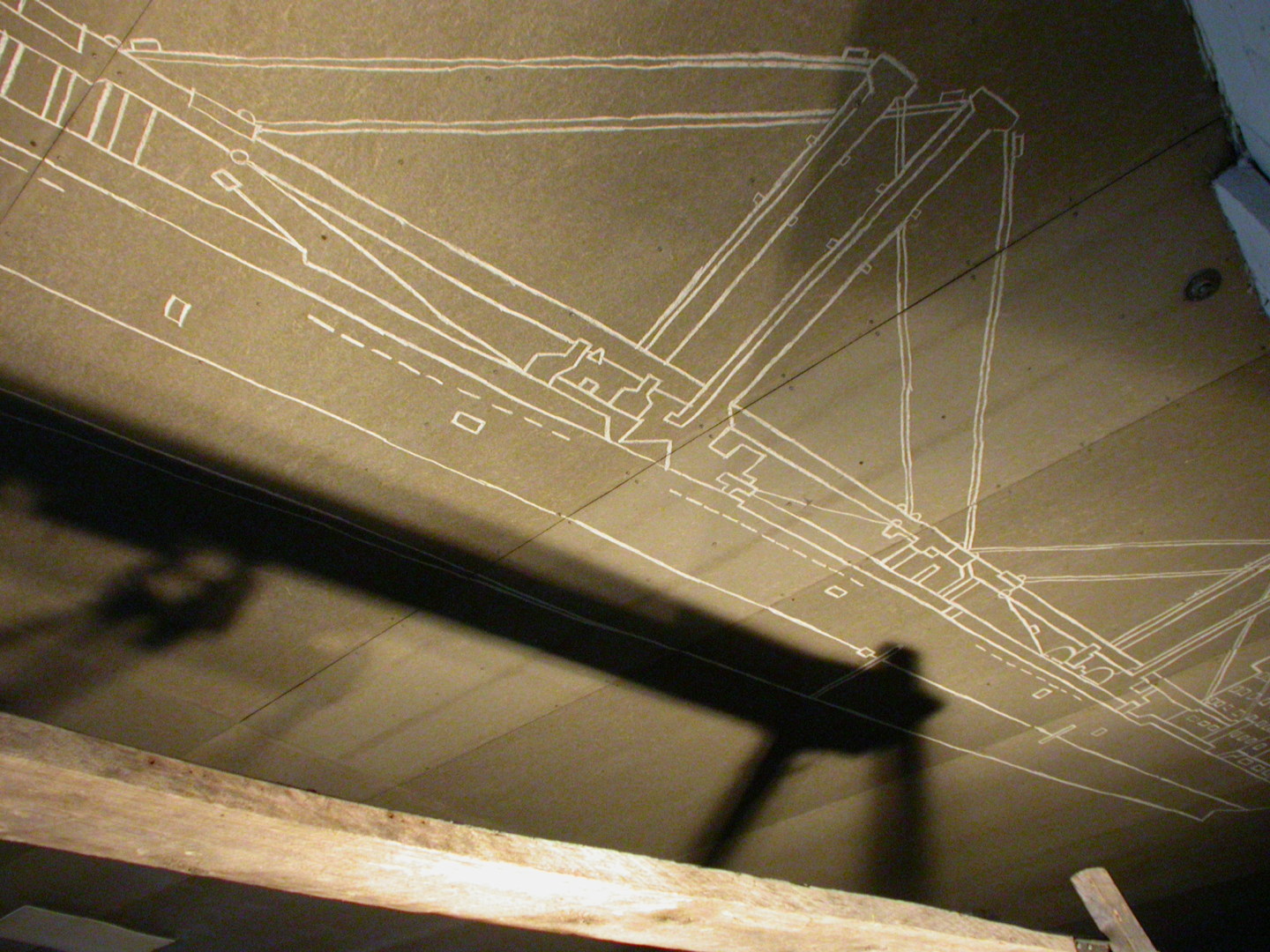 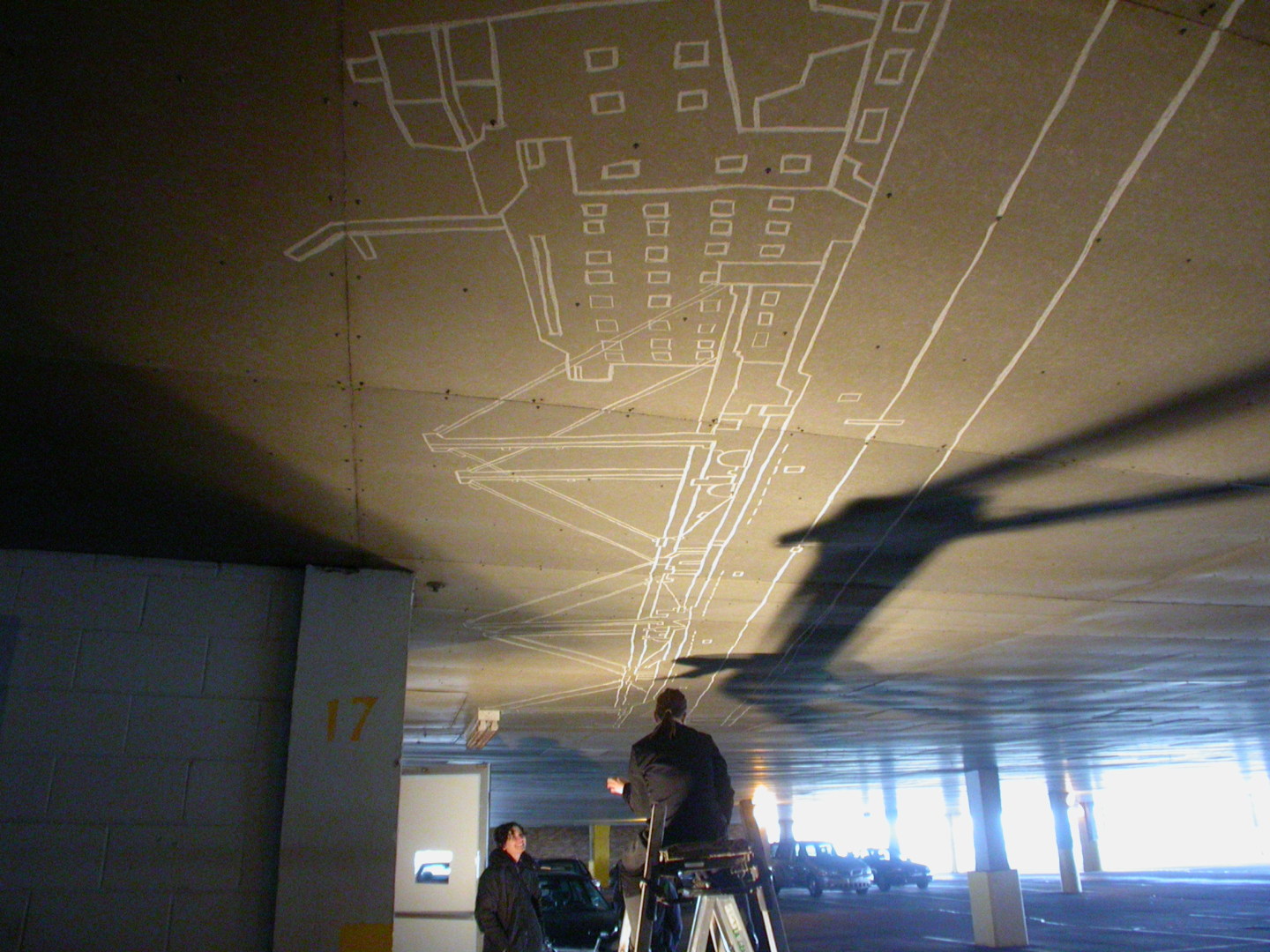 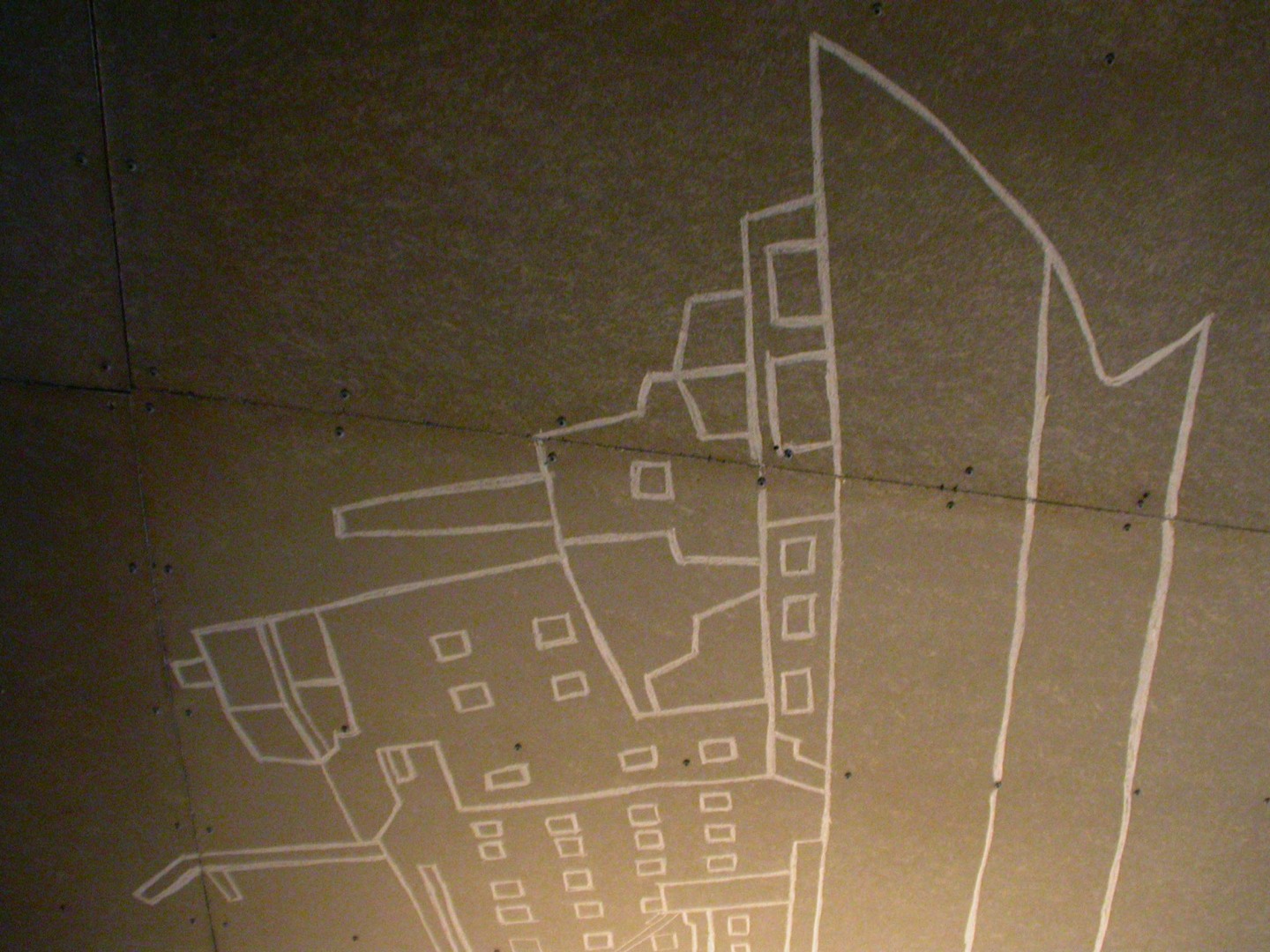